This year’s Premier League is undoubtedly going to go down as one of the most shocking events in world football. Nobody, even the most ardent Leicester fans, predicted their incredible rise to the title, but with the traditional big teams faltering, they seized their opportunity. In the next few posts I will briefly review each team’s season and compare them to my preseason predictions. The first part of the review will focus on Leicester, Arsenal, Tottenham and Manchester City. 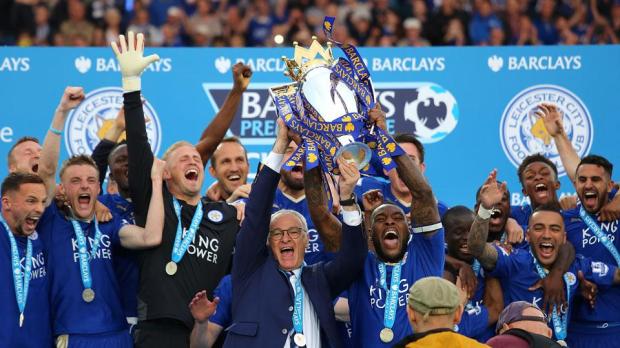 Even when it mathematically confirmed, it was still unthinkable that Leicester City would be crowned Premier League champions. Their consistency saw them lose just 3 games all season, Arsenal home and away, and away to Liverpool. This incredible record was certainly built on an incredible defensive record, especially in the second half of the season, having kept 15 clean sheets on the way to the title. Obviously they had the attacking flair to capitalise upon this, with Jamie Vardy netting 24 goals, including his record-breaking run of scoring in 11 consecutive games, whilst Riyad Mahrez weighed in with 17 goals and 11 assists. N’Golo Kante has to go down as one of the signings of the season, whilst the likes of Danny Drinkwater, Danny Simpson and Marc Albrighton have all stepped up from last season, so much so that Drinkwater was included alongside Vardy in Roy Hodgson’s provisional 26 man Euro 2016 squad.

Obviously I got this prediction just about as wrong as you can get. Claudio Raneri did not have a good recent managerial record and I questioned whether he was what was needed to keep this squad up, let alone lift them to a Premier League title. 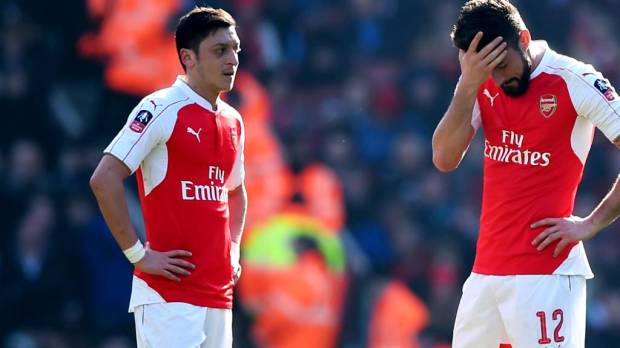 Arsenal will consider this season a missed opportunity to lift the Premier League for the first time since 2004. The season started optimistically with the acquisition of Petr Cech, but the lack of other signings cost them dearly. Mesut Ozil and Alexis Sanchez both suffered horrendous mid-season drops in form after being relied upon in the opening games. Question marks still sit squarely over the position of Olivier Giroud, whose 16 goals this season is not nearly enough for a striker with the service that he gets provided with. A late push saw them finish above rivals Spurs, but many people were left wondering why they could not capitalise on the momentum generated by their defeat of Leicester in LATE February.

Unfortunately for Arsenal fans their season has to be described as predictable. They are a good side, capable of beating anyone in the league, but lack the star quality to actually win any silverware. This season they were 2 or 3 players short, but whether the late snatching of second place will paper over the rather obvious cracks remains to be seen. 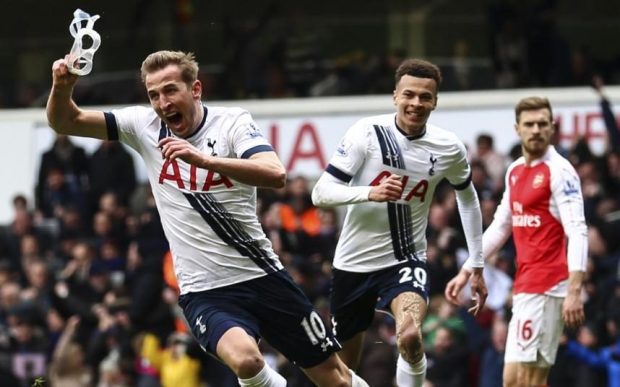 If you only looked at the final Premier League table, Tottenham had an excellent season. Third place at the beginning of the season would have been brilliant, but their end of season collapse saw them collect less points than relegated Norwich in the final four games. Harry Kane and Deli Alli stood out this season, Kane topping the scoring charts with 25 goals and Alli chipping in with 10. A young English core has seen Spurs become more tolerable to neutrals, but the lack of squad depth combined with Maurico Pochettino’s high pressing style saw them fall from potential title winners.

Tottenham exceeded all expectations this season, comfortably finishing in the Champions League places. Deli Alli was afforded the playing time that he needed to develop, and they will look to go one step further next year with an additional season of experience. 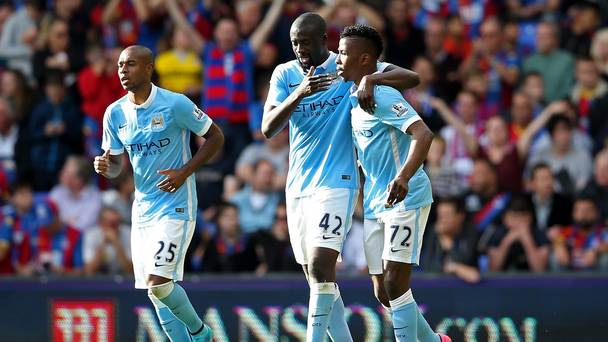 Manchester City’s season was summed up perfectly after the appointment of Pep Guardiola. It was really just indifferent. The owners did not back Pellegrini in the summer, and it showed on the pitch. The emergence of Kalechi Iheanacho was clearly one of the highlights of the season, alongside their Champions League run. Their form against the other top four sides was abysmal, with just one draw from those six games. Guardiola will need to overhaul this squad if they are to challenge for the title next season rather than limp in to the Champions League again.

Like Arsenal, City’s season was rather predictable. They failed to improve the side, instead wasting money on the likes of Delph and Sterling. Only the manner of their fourth place was surprising, as I thought that they would be a lot more consistent than they turned out to be.

Sir Alex Ferguson – is he all that? Personally, I’m counting the days until he retires. You have to respect his ability to move with the times and create a side that challenges for honours each year, but I’m just tired of him. I’m bored of the ‘mind games’, the excuses and the berating of officials. Fergie has become famous for his pre-match ‘mind games’, but as far as I can see, this is just mindless bullying of officials and other managers. It’s a disgrace how people can actively praise and embrace these primitive outbursts.

The onslaught of abuse doesn’t stop there though. On the touchline, he will constantly scream to any official that will even consider listening. Every mildly contentious decision causes a riot on the touchline, and if Fergie time isn’t at least 5 minutes when United are losing, all hell breaks loose. Even post-match, the officials aren’t safe, as Ferguson had the best view of everything that went on in the match and can’t understand why the officials aren’t as sharp-eyed as him.

Funnily though, the refs that make poor decisions in United’s favour were absolutely right, and when United win, everything’s fine. But Sir Alex uses the first excuse in the book when they drop points, the football equivalent of ‘my dog ate my homework’.  He uses the officials as a shield, deflecting the attention away from his team’s shortcomings. Last week against Spurs was a perfect example, as United didn’t play well enough to win, and spurs ironically grabbed the equaliser deep into Fergie time. Yet it was entirely the linesman’s fault for not giving United a penalty. It’s as if Ferguson believes his team are entitled to penalties. What a joke.

Incidentally, pundits such as Gary Neville criticised keeper David De Gea for Spurs’ goal in that game, amongst reports that Ferguson is looking for a new number one. If Ferguson has any sense, he would deny these rumours and persist with the Spaniard. De Gea is obviously a confidence player and the constant rotation between him and Lindegaard is only making him settle slower to the physicality of the premier league. He is an excellent shot stopper and will get stronger and more confident with time, like Schmeichel did. He’s still only 22, which is incredibly young for a top keeper. Giving him playing time will lead to him being one of the best goalkeepers of his generation, and possibly an all time great.

Fitting isn’t it, that my first post comes at a time which brings me back in time to when I first started watching saints. But with 0 points from 4 games, the saints are rock bottom. There are a few reasons that this hasn’t surprised me as well as the small group of realistic fans that where there in the dark days of League 1.

The first is of course that the fixture list wasn’t particularly kind. Playing last season’s top 3 is, you could say, a baptism of fire, however having watched 3 of the 4 games so far, they only have themselves to blame.

Throwing away leads against both Manchester clubs was particularly frustrating, as both games showed that defensive errors don’t go unpunished at this level. I was also unfortunate enough to go to the Wigan game, which the highlight was probably the Wigan fans chanting ‘Di Santo’ to the tune of ‘Gold’, which was mildly amusing. I won’t bother mentioning the Arsenal game as it showed how out of their depth saints are.

The second reason the current situation doesn’t suprise me is the lack of suitable investment in the squad. Personally, the only player in the defence I deem to ever be a premier league player is Nathaniel Clyne, who has decent potential ahead of him. The addition of Yoshida, a Japanese centreback, was much needed, but much more quality was needed to be added. Upfront is a different matter, but also the same. There seems a lack of quality up top, however the quantity is much higher. The additions of Mayuka and Rodriguez didn’t help with the overcrowding in the attacking department. This allowed Billy Sharp to go out on loan, which is a shame as I think he would be a useful impact player to complement Lambert up front. However, Ramirez looks a decent capture and I’m sure J-Rod will start scoring when he gets played in position, not on the wing.

However, after a difficult start, let’s make sure the season starts here, at home to Villa on saturday and the saints make their way up the table. In Nigel we trust. COYR.